Menu
SHARE
Stories from our Allies: Grace and Tony Ramirez*

“What will happen if you’re not here when I get home from school?”

Uncertainty about the future of federal immigration policy and acrimonious rhetoric coming from the nation’s top office have left immigrant communities in a haze of chaos and fear.

Grace and Tony Ramirez* are undocumented immigrants. Their five children, ages 3 to 14, are American citizens. They are part of the nearly 9 million people in “mixed status” families in the United States, haunted by recent changes in federal immigration policy and a persistent fear that a deportation order will tear them apart.

Their two youngest children are part of Allies for Every Child’s network of contracted family childcare providers, which provides full day, year-round early education, and more recently, a supportive ear to buffer the toxic stress that chronic fear engenders. The uncertainty of immigration enforcement and the racially charged rhetoric openly used in the press have left the Ramirezes wondering if the United States is still a country where their family is safe, and what toll the constant fear of deportation will exact on their kids.

The Ramirezes came to the United States from Mexico more than 14 years ago with a dream to work, own a home, raise a family, and become legal residents, giving their future children opportunities they felt they wouldn’t have living in Mexico.

For now, that is a dream deferred. 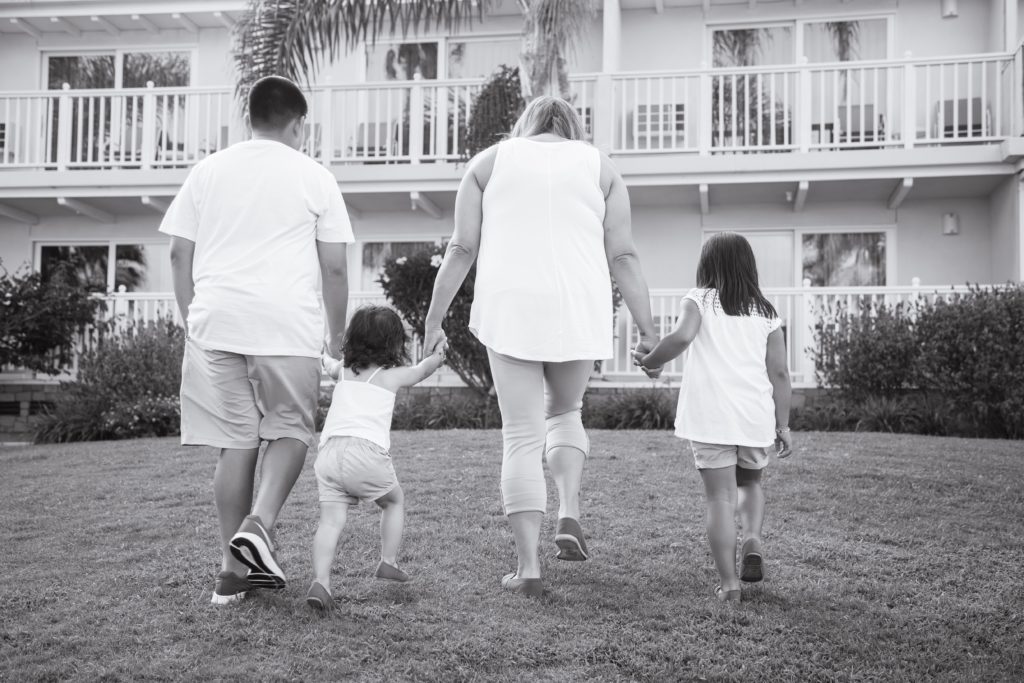 Since the new administration took office in January, immigration-related arrests have increased nearly 40% compared to the same period last year. While arrests have increased, the capacity of immigration courts has not, creating a backlog of nearly 57,000 cases in Los Angeles alone, and leaving more people languishing in detention centers or jails for longer periods of time.

Immigration and Customs Enforcement (ICE) has abandoned the previous administration’s policy of targeting only those with violent criminal records, creating a new dawn of enforcement that led one veteran ICE agent to decry, “we’re targeting the most vulnerable people, not the worst,” to The New Yorker. Increasingly, arrests are happening in homes, workplaces, and in the streets, engulfing immigrant communities in a haze of chaos and fear.

The children and families living in these neighborhoods are also part of our Allies community. Recently, Allies staff have witnessed a dramatic uptick in alarm among our clients, working to both connect families with legal resources, and to allay the repercussions that social disorder and chaos have on young children during critical periods of development when they’re making judgements about whether or not the world is safe. In April, Allies hosted legal experts from the American Civil Liberties Union (ACLU) for a frank discussion about what to expect when nothing is certain in American immigration policy.

Fear has completely changed the Ramirezes’ routine. Every time they venture out the door is calculated risk, only leaving the house when, “absolutely necessary,” a definition so stringent that until recently, didn’t even include trips to a doctor’s office.

Glimpses of police driving by or social media rumors of immigration checkpoints keep the Ramirez family in a purgatory of perpetual dread, fearing that one day they will get a knock on the door from ICE.

Grace says they have also noticed a dramatic change in social tenor toward undocumented immigrants, and towards all people with a skin tone similar to theirs, since the presidential election.

There’s been a shift in how people think they can talk. It’s like a wound that has been closed up for a long time, that’s been opened. He gave them the opportunity to act on that racism.”

Even in oft-considered ‘tolerant’ Los Angeles, the Ramirezes have still been the target of the same xenophobic rhetoric that laced the presidential campaign. Their older children – American citizens – have repeatedly gotten comments of the nature, “go back to Mexico” or, “this country is for white people” at their middle school in Marina del Rey. After her son was the target of a recent incident of verbal abuse after school, Grace considered speaking to the boy’s parents, but feels it’s now best to keep her head down.

Grace says the most difficult part is treading the fine line between being honest with their kids about the risk of deportation, and instilling a crippling fear in them that ends up defining their childhoods.

In her own words, “it hurts my soul” when her kids come to her, crying, with questions, like: “what will happen if you’re not here one day when we get home from school?”

And they have a plan.

“I understand that we’re not the only family with problems,” Grace said, fighting tears. “But we came to this country with a dream to work hard and be together. My fear is that I’m going to leave with nothing, including my kids.”

Grace says she’s so grateful to Allies for everything they’ve done for her two youngest children, but above all, for being a trusted Ally.

“Allies is always an open door. They’re very supportive and they’ve become part of our family,” Grace said, using an idiom in Spanish (“Ustedes son como un grano de arena en medio del mar”) comparing the agency to a special grain of sand among all of the sand in the ocean.

Rhetoric around immigration in the United States often can make undocumented immigrants feel like theoretical people who can be removed one-by-one with no collateral damage. But in reality, they are often families like the Ramirezes, who have been here for decades and developed deep roots in American society, woven into the local businesses, schools, churches, sports leagues, and social gatherings that make up the identity (and economy) of Southern California.

When asked how she copes with the fact that the knock on the door could come at any time, Grace underscored the strength and resilience of the community around her.

“It’s important to be united and not afraid,” Grace said, admitting that’s easier to say than do.

*names have been changed to protect their identities.

SHARE
Want to create a world where every child gets a loving childhood? Donate to Allies today
Interested in learning more about foster care and adoption? Explore the foster care process
READ MORE Stories from our Allies

Allies for Every Child is accredited through the Council on Accreditation (COA).

We use cookies on our website to give you the most relevant experience by remembering your preferences and repeat visits. By clicking “Accept All”, you consent to the use of ALL the cookies. However, you may visit "Cookie Settings" to provide a controlled consent.
Cookie SettingsAccept All
Manage consent

This website uses cookies to improve your experience while you navigate through the website. Out of these, the cookies that are categorized as necessary are stored on your browser as they are essential for the working of basic functionalities of the website. We also use third-party cookies that help us analyze and understand how you use this website. These cookies will be stored in your browser only with your consent. You also have the option to opt-out of these cookies. But opting out of some of these cookies may affect your browsing experience.
Necessary Always Enabled
Necessary cookies are absolutely essential for the website to function properly. These cookies ensure basic functionalities and security features of the website, anonymously.
Functional
Functional cookies help to perform certain functionalities like sharing the content of the website on social media platforms, collect feedbacks, and other third-party features.
Performance
Performance cookies are used to understand and analyze the key performance indexes of the website which helps in delivering a better user experience for the visitors.
Analytics
Analytical cookies are used to understand how visitors interact with the website. These cookies help provide information on metrics the number of visitors, bounce rate, traffic source, etc.
Advertisement
Advertisement cookies are used to provide visitors with relevant ads and marketing campaigns. These cookies track visitors across websites and collect information to provide customized ads.
Others
Other uncategorized cookies are those that are being analyzed and have not been classified into a category as yet.
SAVE & ACCEPT

Menu
Search
BACK TO MENU